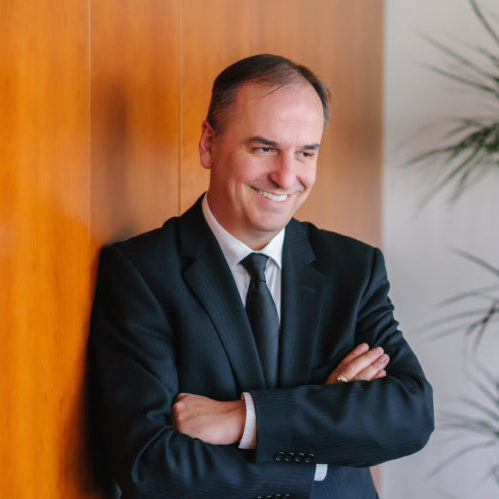 Makis Papataxiarchis has 20 years of experience in the Pharmaceutical sector and a 17-year old career at Johnson & Johnson. Since joining the company in 2000, he has held several senior roles such as Business Unit Director and Marketing & Sales Director.

In 2010 he moved to Romania as Janssen and Johnson & Johnson Managing Director. During his tenure in Romania was President of the National Association of Pharmaceutical Companies (ARPIM).

In 2013 he moved to the USA where he was appointed as National Director, Systems of Care, at Janssen Pharmaceuticals Inc. By the end of 2015, Mr. Papataxiarchis returns to his homeland as CEO of Janssen Pharmaceutical Companies of Johnson & Johnson for Greece, Cyprus and Malta. He is also President of PhRMA Innovation Forum (PIF) and Chairman of AMCHAM’s Pharma Committee.

He holds a Pharmacy degree, Master and PhD in Pharmaceuticals and Economics, as well as an MBA in Marketing Management.